Here are six secrets about me that I  reveal  today:

1. I don’t like to shower. Jeez, don’t jump! I bathe 😀 But the Indian-ess in me roots for a bucket & mug. Immensely satisfying! 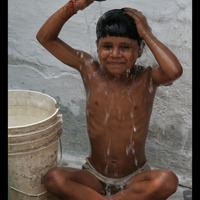 2. Everyday I plan to kill  a particular senior colleague of mine. The methods which I dream of would make Hitchcock bow and call me ‘Master’. You see, guys,  I can never forgive him for asking why I chose to adopt a Special Needs dogs. ‘But the dog doesn’t have a leg ?’, he told me. ‘Its my calling Sir. Just as working with people without brains is”, I replied.

3. I find posters like the ones below a tad irritating & offensive. Most of my female friends normally coo ‘Cho Chweet”. I  always think their estrogen has got mixed up with LSD to induce  such hallucinogenic horrors. 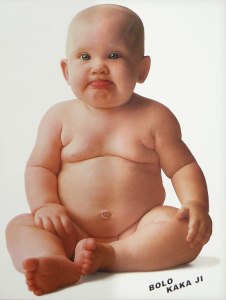 4. I have once  eaten the  exorbitantly priced Kitkat bar kept in the small  room refrigerator in a 5 star hotel. Then, I had packed the wrapper so craftily that no one could make out that the chocolate had been eaten. I feel terrible confessing that I  had felt quite gleeful.

5. I had once milked a buffalo  (in my village) wrong. I felt bad. I am not that kinda cruel feminist as you guys might be thinking! 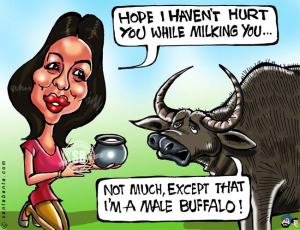 Alright, tell me six secrets ( Sounds a bit corny, non? And has the tremendous potential of being mis-read/spelt?)) about yourself 😀

( All photos from the Internet for illustration only)

Just a girl who loves animals, Led Zeppelin,books,coffee & tea, chocolate and Rumi . I cry at movies, while reading books, while listening to music,while watching sunsets, while eating pizza etc. I am hopelessly devoted to Jimmy Page. If there is one regret in my life, its not being on that motorcycle with Che Guevara. I actually 'LIVE", not just exist.I also believe that it is our choices, that show what we truly are, far more than our abilities.So I choose to fight for the animals and children. All those who are defenseless and weak. Chuck Palahniuk told me that the one you love and the one who loves you are never, ever the same person. I thumbed my nose at him. Coz that does not apply to me. Finally,I'm the one that's got to die when it's time for me to die, so let me live my life the way I want to. That's what my buddy Hendrix said. Namaste :)